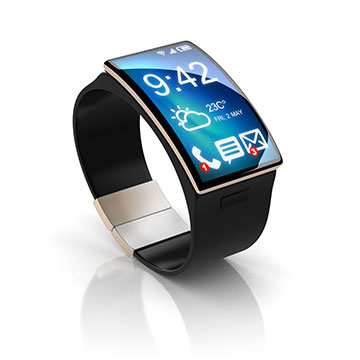 and wearable displays. MLD works on the same principle as Luminit’s Light Shaping Diffusers. Invisible to the naked eye are holographically recorded microstructures embedded on polyester film. When applied to a lighting surface, the film conceals and controls the output of an LED light source and spreads the light depending on the angle of distribution (e.g., 100° circular).

Our micro led diffusers are based on the principle of surface scatter instead of volume or random scatter.  The low back scatter of the structures are anti-reflective in nature and utilize light that would otherwise be wasted. Because surface relief scatter is much more efficient, Luminit Light Shaping Diffusers have a transmission efficiency of about ~92%, which is much higher than conventional diffusers. The light hits the diffuser once with no significant loss of light or display resolution, and because internal reflection is eliminated, Luminit’s MLD can be placed directly on top of the LEDs, thus preserving space. In addition, MLD incorporates the widest beam spread available on the market so the tiniest point of light will be spread to create a more even and visually-pleasing display.

Contact Us with any questions about Luminit micro LED diffusers.