As the demand for smaller and more powerful computers and other electronic devices grows, component suppliers are making their own innovations to keep up with the trend. This is certainly the case in lighting where conventional geometrical optical components such as lenses, mirrors and prisms are being replaced by what is now being coined as “flat optics,” or film-based materials as thin as 50 microns that enable designers to create smaller and more optically efficient products.

Our Light Shaping Diffusers® are flat optics that increase the divergence angle or field of view (FOV) of a light source such as a collimated LED or laser. Similar to a traditional concave (negative) lens, Light Shaping Diffusers use surface relief micro-structures that rely on simple optical refraction to increase the divergence angle of the source. These pseudo-random, non-periodic micro-structures are replicated on polyester or polycarbonate films as thin as 50-250 microns and provide transmission efficiencies on the order of 92%.  The added benefits include de-speckling (for laser based systems), as well as improved color/color-over-angle uniformity (for both laser and LED based systems).

Figure 1.  Surface relief structures are replicated from a holographically-recorded master. These pseudo-random, non-periodic structures increase the beam angle of a light source.

When incorporated during the design process, Light Shaping Diffusers can result in products that are smaller, thinner, more reliable, weigh less and are higher in optical and electrical efficacy. One example is the bar code scanner where a sharp line of light is required to read the bar code on a package Figure 2 demonstrates how a bulky and expensive rotating polygon mirror with laser sources is replaced by a thin optic utilizing a 60°x1° degree elliptical diffuser with LEDs.

Figure 2.  Use of 60x1°FWHM elliptical diffuser used to replace a rotating polygon mirror.

Linear micro-prismatic films are another form of flat optics that can divert a beam off-axis, a role traditionally performed by mirrors or reflectors.  Luminit can replicate linear micro-prismatic structures that impart a deflection of collimated or semi-collimated light sources. These films are used in both lighting and display applications to minimize the complexity and size of a variety of optical systems when combined with LEDs. For example, when integrated into a flat panel display, a Directional Turning Film (DTF) can redirect the image 20° up, down, left or right to gain optimal viewing angles in limited spaces such as avionics displays. Because of the high efficiency of the DTF, the redirected image is free of distortion. DTF film can also be incorporated into LED fixtures to increase wall washing, improve pathway and stair lighting, reduce glare and increase ground illumination, and when combined with a Light Shaping Diffuser can shape and homogenize the light source.

Figure 3. The prismatic structure of the DTF faces the light source and redirects it at a controlled angle. In lighting applications, DTF can replace wall wash reflectors.

Luminit’s 10° IR (Infrared) Direction Turning Film (DTF) is example of how flat optics can enhance precision in sensor applications such as eye recognition modules used on cell phones and tablet computers.  This DTF is an asymmetrical linear prismatic micro-structure mastered using gray scale lithography and is specifically designed to impart a 10° off-axis shift to the direction of Osram’s IR LED (OSLUX SFH 4780S).

Holographic Optical Element (HOE) technology relies on microscopic variations in the index of refraction of a material to mimic the properties of positive optical lenses that  can collimate or even focus light sources, replacing convex lenses and gratings.  This volumetric holographic photopolymer is transparent and can be applied to a variety of substrates, such as glass or acrylic, producing a see-through, substrate-guided optical component. Benefits of HOEs include more efficient product design, larger virtual image size, reduced weight, more flexibility in packaging design and a reduction of power consumption due to increased efficiency. The technology is used across a number of applications in augmented-reality and mixed-reality displays. 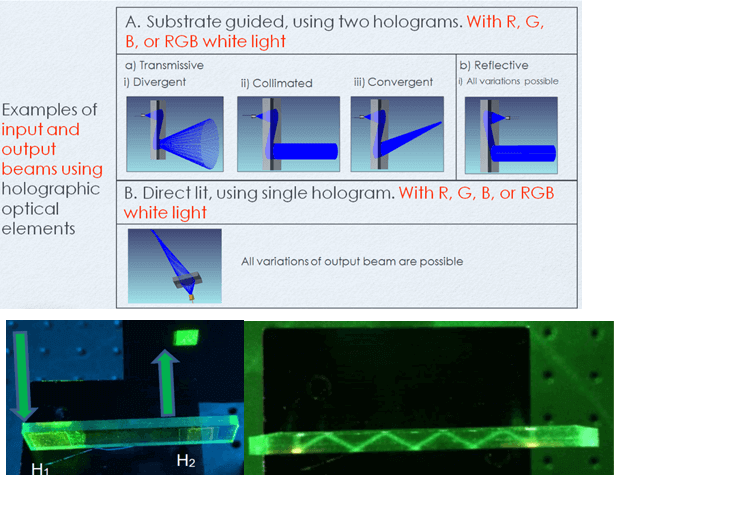 Computer Generated Holograms (CGHs) are another form of flat optics with imaging capabilities that can replace entire multi-lens optical assemblies used within illumination and projection systems.  A CGH begins with a digitally-defined holographic image and uses an iterative algorithm to define a surface relief structure that will produce the digital image.

When the hologram is illuminated with the light source for which it  was designed  (e.g., a laser pointer or LED), the image will be formed in the projection plane.  CGH-based designs can significantly reduce the size and weight of many commercial Gobo type projectors currently in used in retail advertising and automotive industries. 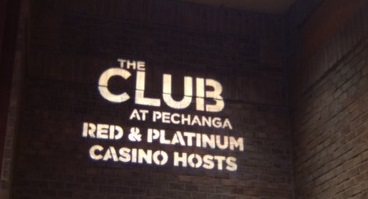 Figure 7.  Lighting applications where CGH technology can be utilized to reduce cost and weight.

Technologies such as flat optics are helping designers and engineers maximize optical performance within a limited footprint and offer significant, space-saving benefits over conventional optical components such as mirrors, lenses, and gratings. Luminit is a leading developer of specialty flat optics with patented technologies that provide unique products for the lighting and display industries. For more information, contact sales@luminitco.com